Design award for "On air"

“On air”, the lift concept by the Italian company IGV Group, designed by Studio Marco Piva, has been awarded the “The Plan Award 2020” in the Industrial Design category of the international prize for contemporary architecture.

As soon as EN 81-28 has been harmonised, lifts must be fitted with pictograms for emergencies. GS electronic has developed a flush-mounted control panel that can be retrofitted irrespective of the controller installed.

Please do not touch: holographic entry

Are you familiar with the Theremin? It is an almost forgotten musical instrument with a special property: you can play it without touching it. The solution from Hy-Line is intended to facilitate this – touchless operation of lifts.

The system consists of two parts: an infrared touch screen that records touch events and gestures with an invisible IR curtain and a picture that is projected holographically into the air. Although this does not in fact involve a hologram in a physical sense, but instead a special material property that is exploited to make light beams converge as a virtual image, the term "holography" will be used. 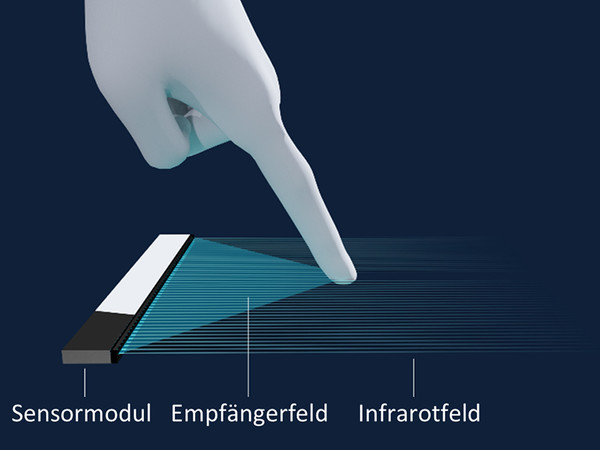 An infrared sensor is outstandingly suitable for touchless operation, whether with protective gloves, credit cards or pens. It reacts to the reflection of the light. Figure 1 shows a cross-section of the functional principle

The holographic image appears to hover freely in the air. Thanks to the optical 3D panel (see Figure 2), a virtual image is created that seems close enough to touch to the user.

If you now mount an infrared sensor at the image level that overlooks the picture surface, touch events and gestures can be drawn "in the air", recognised and evaluated without any touching of parts being required. 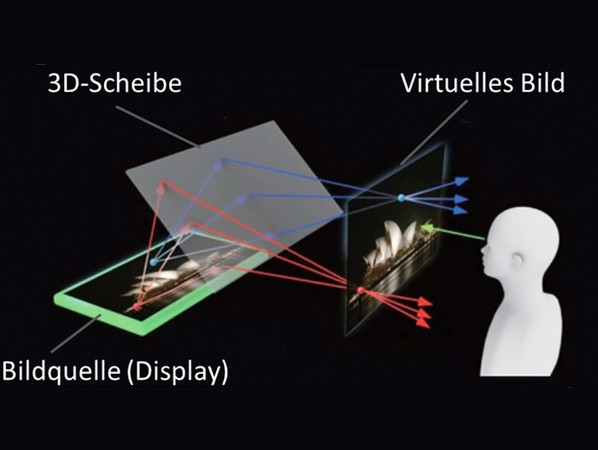 The graphical user interface (GUI) should be adjusted ergonomically to the operational circumstances, as with all touch applications. The haptics of an interface are completely absent in holographic operation. Consequently, after touching a button, the hand has to move completely freely.

Designers of software interfaces have to take this into account in the arrangement and size of the operating elements. When using gestures, care should be taken in making selections to avoid triggering an operating gesture by mistake by a lateral misalignment while accessing an element. 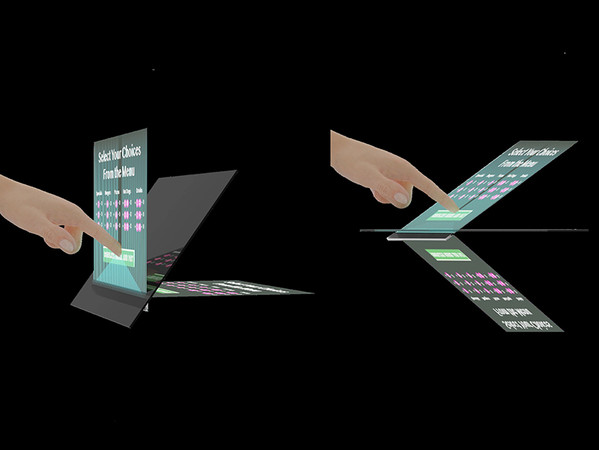 Locations and devices used by large numbers of people are predestined for contactless applications. These are lift controllers in public. These are frequently made in stainless steel to make them easy to clean and resistant to vandalism, but still permit accumulation of bacteria and germs.

To simplify the installation of this novel technology, a complete module is available (see Figure 4) that is mechanically easy to integrate in the car. The appearance is already adjusted to the installation position; it links up with the typical lift interfaces. 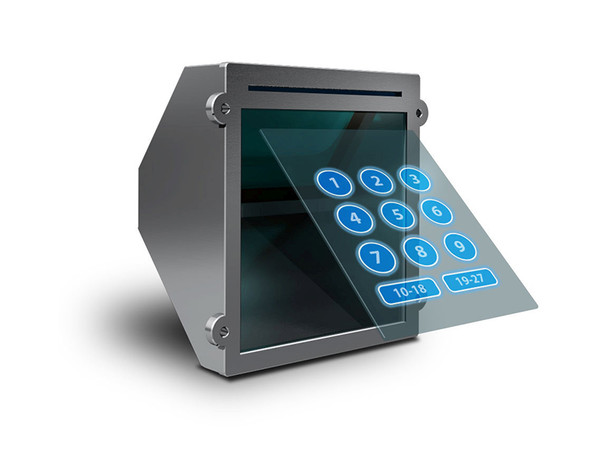 The combination of a virtual image projected into the air with a touch sensor that operates touch-free provides great potential when it comes to avoiding the transmission of viruses and bacteria by direct contact. As a result, operating elements like lift controls are eliminated as multipliers.

The user understands the use directly, since he "touches" icons and entry fields as usual. On top of this, operation is possible with any object that interrupts the beam projection; this could also be your credit card or gloved hand.