“If you want to recruit people, they first have to get a positive impression of you,” stated Peter Fenkl, chairman of the board of directors at Ziehl-Abegg. What sounds banal is difficult, given changes in media use.

This year, Böhnke + Partner, today a subsidiary of the Schmersal Group, is celebrating its 30th anniversary.

Established at the beginning of 1991 in Bergisch Gladbach, the company assumed business operations shortly thereafter. Böhnke + Partner presented its first lift controller at the interlift in Augsburg as early as October 1991. The production team in front of the company building in Bergisch-Gladbach. Photo: © Schmersal Böhnke + Partner

Six friends and partners around Hans-Walter Böhnke were among the founders of the then start-up. Their vision was the ability to implement innovative ideas more easily and react to customer wishes more flexibly with their own company.

In addition, in 1992, Böhnke + Partner was one of the founder members of "CAN in Automation" (CiA), an international user and manufacturer association.

Böhnke + Partner has been a member of the owner-managed Schmersal Group for eight years. Integration in the globally operating safety switching company offered Böhnke + Partner the opportunity to be present in about 60 countries via Schmersal’s branch network. 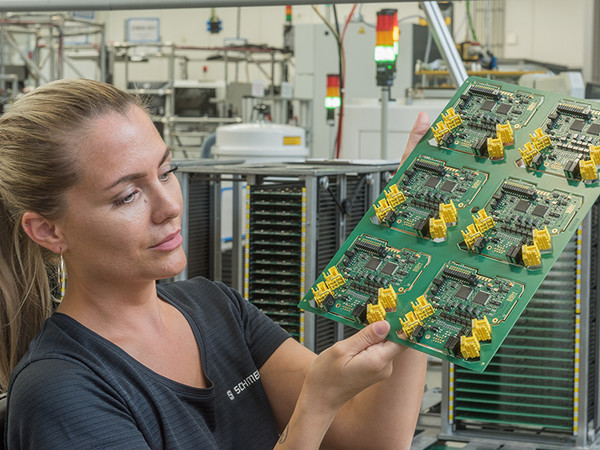 In addition, Böhnke + Partner can also provide local production support via Schmersal’s manufacturing locations in India, China and Brazil. "Apart from the international sales network, Böhnke + Partner also takes advantage of the Schmersal Group’s vertical integration – including its own electronics and component production – which greatly enhances the supply security of the company, especially in times of crisis," explained Böhnke + Partner.

Schmersal has been involved with lift products since its establishment in 1945 and subsequent across the world. The component and system provider not only supplies products for passenger lifts, but also lifts according to the Lift Directive (such as construction lifts, platform lifts or lifts in wind power turbines).

According to Böhnke+Partner, it has many innovations in the pipeline. On 21/22 October 2021, it will present these at an in-house trade fair, which is intended to be a mini "substitute interlift", at Schmersal’s electronics location in Wettenberg, near Gießen.