As one of 630 companies in Sweden, Hydroware AB in Alvesta has been awarded the title Super Company 2021 by Dun & Bradstreet.

Due to increased interest from local and overseas exhibitors, Asansör Istanbul 2022 has extended the exhibition space to include two more halls.

The International Sourcing Exposition for Elevators & Escalators (ISEE) will be postponed and will now be held from 1st to 3rd December 2022.

Ascendor, the lift specialist from Austria, has launched its product innovation UnaPorte in October.

Introduction of MCE at Meiller Aufzugtüren

Meiller Aufzugtüren is striking out on a new path in sales – with the launch of its new quotation software MCE. The new “digital quotation world” is intended to inspire both users and customers equally, according to the company.

It was a long and laborious road, but now it is live at Meiller Aufzugtüren: the Meiller Configuration Engine, MCE for short. Creation of the concept took about one-and-a-half years and the preliminary work in the initial phase about two years.

It now offers the sales staff in Meiller's quotation management the ability to access configurations of individual products on all existing SAP versions and use these in creating an quotation.

Conceptualisation and implementation of the MCE project was above all characterised by workshops with participants from sales, the IT department and the long-standing partner of Meiller, “4process” from Passau. It had a leading role as SAP service provider. 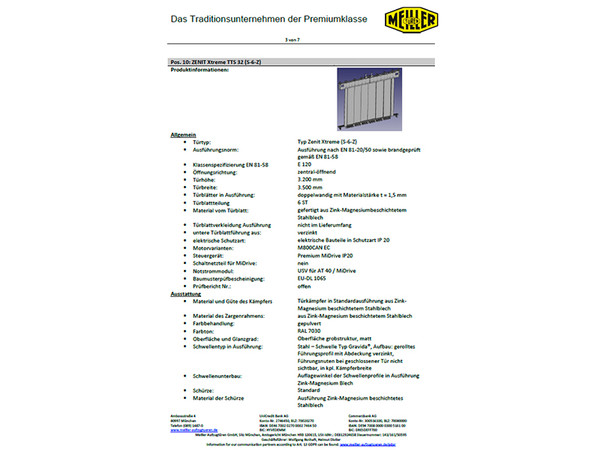 The SAP CRM (Customer Relation Management) “Sales Cloud” goes hand in hand with MCE as quotation interface. This system software has now also been completely installed at Meiller and since then forms the basis for quotation administration and integration of the MCE user interface.

After an extensive test phase and “soft go-live” in which all salespeople of the sales back office were involved, over 6000 quotations have already been created with the new quotation configurator since the end of August 2020. “As a result, they made their way to our customers in an appealing new layout,” Meiller explained.

Quotations uniformly in the same tool

The company's verdict is positive, “Whereas in the past there were some style and above all system inconsistencies, from order creation to order recording, it can now be guaranteed that all quotations are created uniformly in the same tool.” The user interface guides users through quotation creation step-by-step. Direct comparison in real time with SAP configurators guaranteed almost faultless preparation, according to the company.

Upon order receipt, the MCE quotations are transformed directly into an SAP order before they are shortly thereafter available for further processing by order logistics. This saves time in entering orders. Automated price determination rounds off the quotation process.

The MCE concept provides for making the configurator available online in a second implementation phase. After authentication, the MCE is then intended to serve customers as a direct calculation, query and planning application.