As one of 630 companies in Sweden, Hydroware AB in Alvesta has been awarded the title Super Company 2021 by Dun & Bradstreet.

Due to increased interest from local and overseas exhibitors, Asansör Istanbul 2022 has extended the exhibition space to include two more halls.

The International Sourcing Exposition for Elevators & Escalators (ISEE) will be postponed and will now be held from 1st to 3rd December 2022.

Ascendor, the lift specialist from Austria, has launched its product innovation UnaPorte in October.

The managing partner of Aufzugswerke Schmitt + Sohn GmbH & Co. KG succeeded Albert Schenk, who had been the chairman since 2005. Martin Schmitt answered the LIFTjournal’s questions.

You have now been in office for several months. What do you intend to do differently from your predecessor?
Schmitt: Albert Schenk successfully managed the association for over 16 years and achieved a great deal in the interests of the sector. I’m very thankful to him for this. Consequently, my first task is to continue the service of Mr Schenk. At the same time, we have to face the many different challenges of a dynamic sector environment. These stem from the so-called "mega-trends" in our world, such as demographic development and the technical, political and economic conditions.
As a result, our agenda is not very focused on differences from the former association management, but on what challenges we as sector have to respond to in the VDMA. We want to orient the structures and substantive alignment of the association in the short, medium and long term to these challenges. At the moment, we’re cooperating in the Board of Directors with the spokesmen of the committees on this. We want this to have been concluded in September to enable us to have a clear path during my term. This will be oriented to the challenges and major topics of the sector.

What cooperation projects do you want to pursue in the future?
Schmitt: Cooperative projects are a central concern of the association. This is also one of the great strengths of the Lift and Escalator Trade Association, because it can take advantage of the networking of the VDMA as a major industrial association. We have always set great store by staying in close contact with all relevant partners and maintaining a good exchange of information. DAFA is especially worth mentioning here, where we have very good representation.
The VDMA is also represented in all of the relevant committees in Berlin and Brussels or is in close contact with them. The joint positions of the companies we represent are communicated there and correspondingly implemented. In the future, we want to make a more intensive contribution on both the European level as well as globally, since our future will for the most part be determined there.

How do you see the future role of the VDMA in Europe: do you want to get involved personally in the ELA, like many association chairmen from other countries?
Schmitt: Compared to many other European associations, the VDMA is already the association with the most committee members in the ELA. In addition, members of the VDMA are also in charge of several working groups of the ELA. We are also outstandingly represented in the ELA Board of Directors. Consequently, I do not currently see any tasks in Brussels. 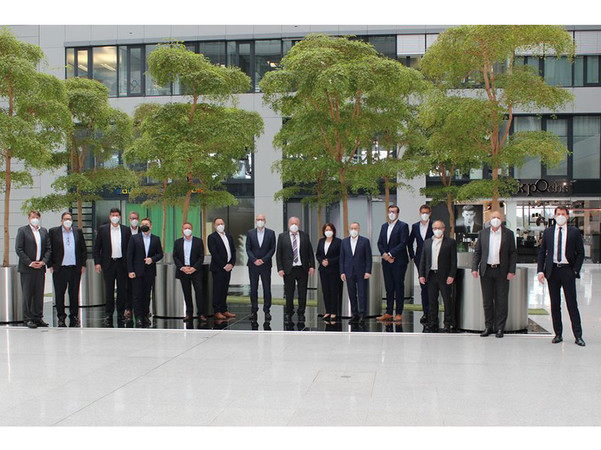 How much sense does it make that there are three associations in Germany in such a small sector? Where do you see the VDMA among them?
Schmitt: The sector and the companies themselves determine how they would like to be represented. My assumption is that the current association landscape meets the wishes of the companies. The fact that there are three associations is due to the historic development of our sector.
This development was in part based on the differing interests of component manufacturers and bigger and smaller lift builders. For me, it is an expression of the diversity and entrepreneurial individuality of the approx. 700 companies of our sector in Germany.
Fortunately, we are a sector that consists of a great many SMEs, which are very different in structure and have their own ideas. This is a strength of the sector in Germany and this naturally also shapes our association landscape. Everyone has precisely the association that matches them best. There are also companies that are members in all three associations, because they think each association has special strengths.
What counts for me is that as VDMA we continue to coordinate our activity regularly with our partner associations. We communicate regularly and there are many positions where we are jointly represented, for example in Brussels. The good cooperation between the associations should be further reinforced.
The VDMA sees itself as a representative of the entire sector. All lift builders and component manufacturers are very welcome in the VDMA. We cultivate an exchange of information in our committees and cooperation as equals. We make our members a unique offer. This includes that they are part of a large association and as a result have many platforms where the sector meets, component manufacturers, groups, larger and smaller SMEs.

How big is the influence of the groups and how do you want to ensure that the influence of the SMEs and component manufacturers increases in the VDMA?
Schmitt: Mechanical engineering as a whole sees itself as SME in nature. Irrespective of how big the companies are. This is also reflected in the VMDA’s structures. Every company has a vote. Our twelve Board of Directors members are composed to one third from representatives of the groups, SME lift builders and component manufacturers respectively.
We pay attention to this balance as far as possible in all of our committees. More attention to equality is scarcely possible. Based on many years of personal experience, I can say it works very well. I don’t care what company you come from, but what contribution you make.

The last time the VDMA was at the interlift was in 2017 – is any presence planned for 2022 and the future?
Schmitt: Should the interlift take place, we won’t take part as VDMA with a booth. Justifying the trade fair booths of the associations is also increasingly difficult in the associations.
The trade fair is very successful and well-attended. Consequently, the interlift is an important opportunity for the VDMA to approach the member companies and their representatives. Thus, we won’t be represented by a booth at the trade fair as VDMA, but as guest and visitors of our member companies and possibly future members. 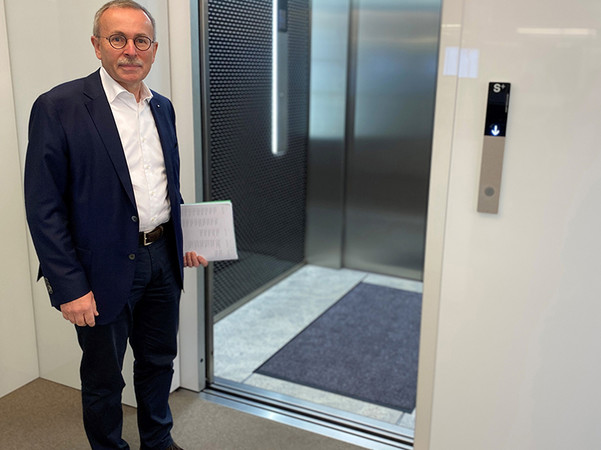 How does the association want to position itself in Asia and international standardisation?
Schmitt: Of course, the VDMA and its members are active at all levels in standardisation – nationally, in Europe and internationally. The sector will also have to deal with global standards; we are also promoting this insofar as there is fair global competition. We would be happy to face this. Therefore, it is important to us that the future global conditions are also fair regulations for all parties involved. In the VDMA, we place great emphasis on the association work within the ELA and coordinate there internationally and globally.
As far as the development of international standardisation is concerned, we expect the representatives of Asian interests to be increasingly influential. China, in particular, will probably seek a more prominent role. In the interests of productive cooperation and development, a world association was established on the initiative of the ELA, the "World Elevator and Escalator Federation" to which the "China Elevator Association" also belongs.
In this forum, we manage the exchange of information and together with the ELA, the coordination for increasing global standardisation. Against this background, the establishment and reinforcement of international cooperation is essential to us. The regulations established today in Europe and many large world markets offer a good basis here for future global regulations.

Where do you see a threat to fair competition?
Schmitt: There are a multitude of subjects, such as questions of quality and working conditions along what are frequently global supply chains in the sector. All of these subjects are also part of fair trade in other sectors too - thus likewise in our sector.

How do you evaluate the competition by component manufacturers from Asia?
Schmitt: I expect that this competition will tend to become more intensive.

More information: Who is Martin Schmitt? Martin Schmitt has been working at Aufzugswerke Schmitt + Sohn for 40 years, one of the biggest lift builders in Germany. He has been the managing partner of the company group for 30 years. He has been active in the VDMA Lift and Escalators trade association for almost his entire professional life. He has been a member of the Board of Directors since the mid-nineties; Schmitt was the vice chairman of the association from 2005.
He was elected chairman on 16 April. Almost 90 member companies from the fields of lifts, escalators and components belong to the trade association. They have a turnover of over two billion euros and represent about 90 percent of the lift and escalator market in Germany.

The Nuremberg family company Schmitt + Sohn Aufzüge has a new brand emblem, which is intended to form part of its “communicative digitalisation process.”

E2 Forum Frankfurt to launch sales for its 2022 edition